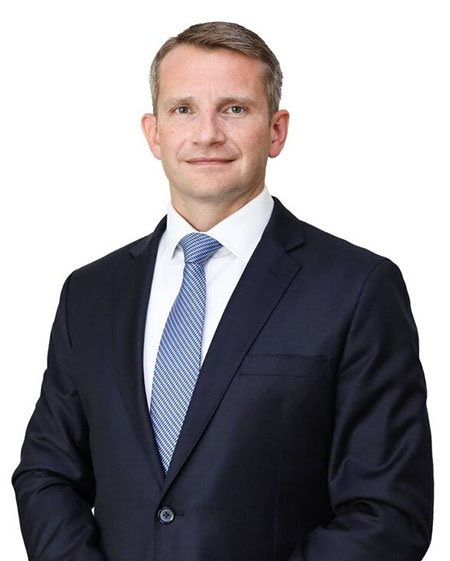 Derek Dahlgren is a Partner at Devlin Law Firm LLC. Derek’s practice encompasses all aspects of patent law including patent litigation, post-grant practice, patent prosecution, opinions and counseling. Derek has litigated a variety of patent matters in district courts throughout the country, ranging from Hatch-Waxman cases involving pharmaceuticals to cases involving smartphones and mobile Internet technology. Derek also has substantial experience with ex parte reexaminations and contested matters before the USPTO, including interferences and post-grant proceedings before the Patent Trial and Appeal Board. Derek was part of the team involved in the first covered business method patent review under the AIA.

Derek graduated from Bucknell University with a degree in Chemical Engineering. While an undergraduate, he participated on the Varsity Men’s Lacrosse team, which won consecutive Patriot League Championships while he was there. After graduation, Derek worked in the defense industry as an engineer responsible for developing a variety of chemical and biological detection systems. During that time, he also earned an M.S. in Biotechnology from Johns Hopkins University.

Derek regularly writes about various developments in the law, including issues pertaining to patents, trade secrets, trademarks, as well as other fields such as antitrust and privacy. Derek is also a member of the PTAB Bar’s Committee on Appeals and the Federal Circuit Bar Association’s Rules Committee. Derek has also been a member and officer of the Giles S. Rich American Inn of Court in Washington, DC, which is dedicated to fostering professionalism, ethics, civility, and legal skills in the area of intellectual property.